image goes here
Alvington : One of a series of small hamlets that grew up along the Roman military coast road that led from Newnham to Chepstow, Alvington was a manor by late Saxon times and in the Doomsday Book survey of 1086 it had in Lordship (i.e. under control of the Lord of the Manor) 2 ploughs; 12 villagers with 9 ploughs; they pay 20 looms of iron and 8 sesters of honey'. As with some other places in the Forest, Alvington was originally part of Herefordshire and it only became part of Gloucestershire in the 13th century when it was absorbed into the Bledisloe Hundred and made a separate parish.

Apart from the many attractions of Alvington, there is a flourishing agricultural economy in the surrounding areas. Beef and dairy cattle are kept on farms of all sizes, from small family units with just a few head, to larger commercialised dairy herds.

Whatever the size of your herd, the risk of cattle lameness affecting their yield and well being is the same. That is why many farmers in the Alvington area call in NJB Hoofcare for:

Photo from Featured Project near Alvington
Training and CPD

Training is available at varying levels on group or individual basis. You can choose a one or two day Herdsman level or a full, four day Professional level course. The locations are flexible, either on your own farm or with a host farm that can accommodate a number of attendees.

For details of training events in your area, including course fees, simply click in the header of any page to send us an email. 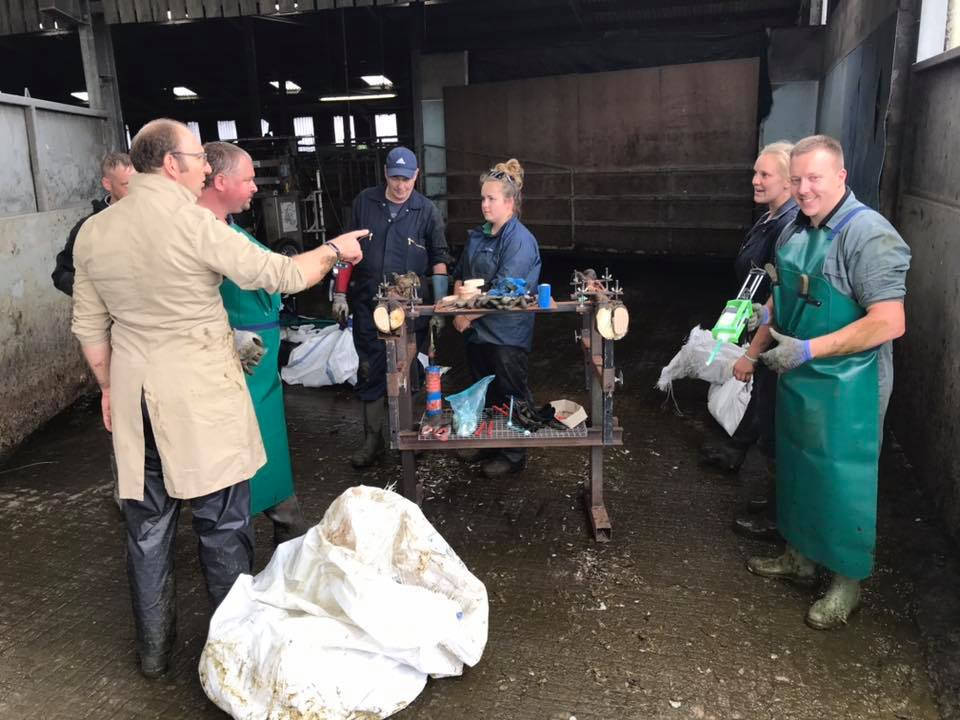